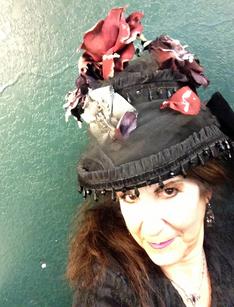 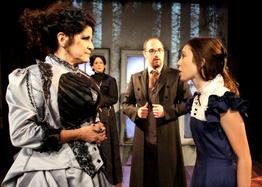 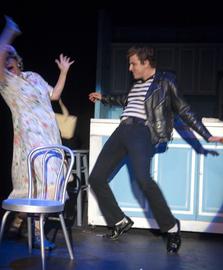 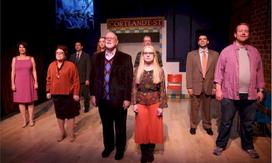 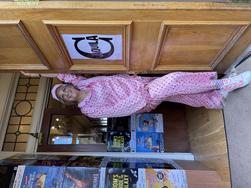 Hallmark movies might be cheesy and predictable, but they’re the kind of films that help people escape their lives, and during the pandemic that was especially useful. Eloise Coopersmith used that time to write a musical for herself in a particularly unique way, with a cast of characters that didn’t need to be present to help tell her story. My (Unauthorized) Hallmark Movie Musical is a multimedia experience, where only Coopersmith is in the room and the rest of the cast are projected onto screens behind her.

Coopersmith plays a woman who has decided to write her own Hallmark movie. Throughout the show, her script comes to life on the projector and TV screens around the stage, leading to some interesting interactions between the writer and her characters. At one point the real-life Coopersmith hands a glass of wine to her on-screen lead actress, an example of how practically seamless this production is considering 90% of the cast recorded their part months ago in a different country.

The storyline of the Hallmark musical is not as stereotypical as you might expect – there’s no business woman who has to run a bakery in a small town, where she slowly discovers there’s more to life than the stock market, while also falling in love with a single father who’s precocious daughter loves cupcakes – but the references to classic romance tropes are very enjoyable. From suspiciously empty coffee cups to lingering glances and misunderstandings that lead to classic hijinx, Coopersmith’s commentary and self-awareness make every cheesy moment that much sweeter — just like the chocolate Celebrations she hands out to the audience during a particularly romantic scene.

If we give one star to Nina Herzog for her picture-perfect portrayal of the on-screen female lead, Emma, and her uplifting Disney Princess singing voice, we have to give the other two stars to Coopersmith herself. From the first minute of the show, her joyful enthusiasm carries the audience along on a journey of romance and creative self-exploration. Her performance is so earnest and genuine that it’s hard to witness the emotional struggles along the way without wanting to give her a hug.

The songs themselves are not groundbreaking, and sometimes rely more on rhyming than imparting a clear message, but they definitely do the job and are catchy in a way that you could imagine being part of a real Hallmark musicals. I’d be lying if I said I wasn’t humming a couple of them on the way home! The duet between the two male leads is also worth a mention as a rare chance for the writer to highlight the pressure put on men to be ‘manly’ and never admit weakness.

Fans of Hallmark movies and cheesy Netflix romances will enjoy all the classic tropes, interrupted kisses, and spot-on costume choices – the three best friends wear denim jackets of varying whitewashed blue. There was a lot of warmth between the audience and lead performer, and at the end we walked out wearing light-up badges with ‘Love Warriors’ emblazoned on the front. As Coopersmith herself would say: “cheesy”.

From the Edinburgh Fringe Festival 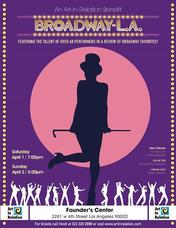 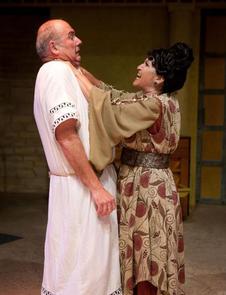 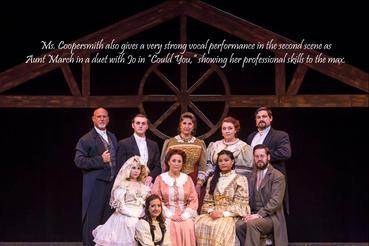 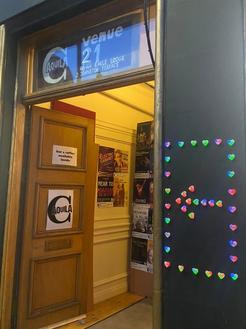 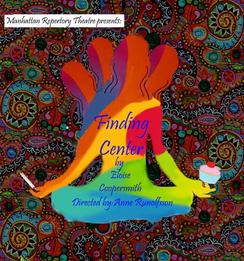 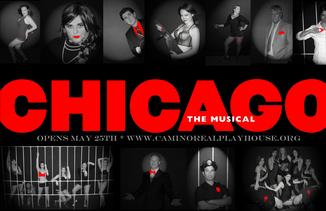 "A Foundation, for a Standing Ovation"

My (Unauthorised) Hallmark Movie Musical is a one-woman show that explores a writer who reignites her romantic flame as she crafts her own Hallmark Movie. Eloise Coopersmith is the creator and heroine of her story, and the concept for Hallmark is brilliantly innovative. This magical musical feels like watching a rom-com with an adorable friend and chocolate by your side. My (Unauthorised) Hallmark Movie Musical is a tale that warms the broken heart and has an ultimately uplifting effect.

Coopersmith’s imagination is materialised on various onstage screens, creating an interesting layering of the two-dimensional with the tangible. The idea that the writer has a platform through which they can see their story visualised is attractive to any storyteller. Additionally, this effect is helpful because it contrasts an escapist world full of fairy-tale imagination and a lonely reality when the screens go dark and the heroine is left alone. This female lead has things in common with her fictional heroine Emma, creating an interestingly real dynamic between the pre-recorded and the present. The moment on-screen Emma interacts with her creator is satisfying to watch and very slick. I also really enjoyed the idea that Emma had the power to influence her creation and change the direction of her story. This allows what initially seems to be a romantic tale of princes and love to become a message about female determination and empowerment.

The only criticism I have for this show is that it is too long. At some points, the pre-recorded scenes were a little drawn out and took away from Coopersmith’s stage presence. I understand that the character is meant to be somewhat upstaged by her own written imagination but for me, the moments where Coopersmith took centre-stage in her own musical were the strongest and most endearing.

The musicality of this show is notable, and Coopersmith has a beautiful voice, as do her imagined technological co-stars. Coopersmith tells us that ‘Hallmark movies are never messy’, and this is certainly true of the musical numbers, which fit seamlessly into the narrative and are performed with practised control. There were only a few instances where My (Unauthorised) Hallmark Movie Musical dipped into the messy. These were usually moments of high-intensity emotion, like during a frantic nightmare sequence in which the heroine’s writing runs away with itself beyond her control. This moment is not essential to the narrative arc and jars with the atmosphere of cheesy joy that is otherwise so prevalent.

Overall, My (Unauthorised) Hallmark Movie Musical is a lot of fun to watch. Love, Lindt, and lively musical numbers, this show is delightfully comforting.